Situated only an hour away by road from Nice, between Tinée and Vésubie, the La Colmiane ski station welcomes you at the entrance to the Mercantour National Park in a totally natural setting. 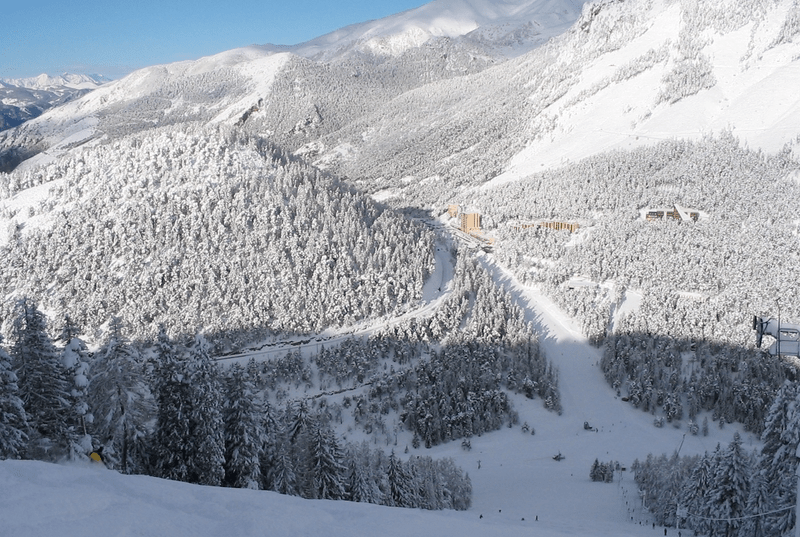 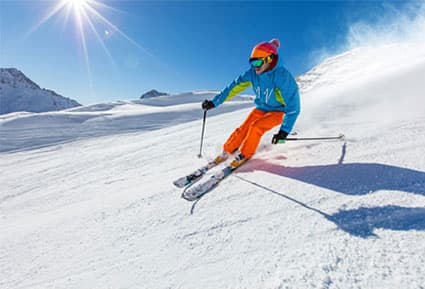 Established between 1400 and 1800 metres high (summit of the Pic de la Colmiane), the skiable area of La Colmiane represents 30 kilometres of slopes served by 6 lifts including one chairlift. 20 slopes in all weave between steep slopes, passing through more undulating areas and shoulders more suitable for learning to ski.

Whilst the highly qualified skiers will prefer the two black runs (the Bachas, la Diable) and the 8 red runs (les Airelles, les Câbles, les Bosquets, les Clarines...) to take in tough bends and carefully crafted curves, the more intermediate level skiers will explore the 6 blue runs on which they can keep practising their position, their supports and the succession of bends. For the snowboarders and newer skiers will first restrict themselves to the 4 green runs (including the long slope des Dahuts) perfectly kept and indicated to allow for ski lessons in excellent conditions.

For the younger ones (from 3 years up), the child’s garden "Les P’tits Loups" lets them discover their first sliding steps with its moving carpet and 3 levels of initiation to skiing.

Let’s take on board that at La Colmiane, the production of artificial snow always ensures good skiing conditions over 16 kilometres of slopes. This guarantees a return from the skis on your feet even when the natural snowfall is a bit capricious.

The parc is closed

From 10h00 to 17h00
Open
Close
Alpha Park is open for groups on Wednesdays and Thursdays, upon request via the contact form

X
By pursuing your navigation on this site, you accept the use of cookies allowing us to realize statistics of visits and thus to optimize your visit thereafter. Learn more

In order to offer you the best possible experience, we must be able to know and memorize some of the parameters that are communicated to us by your computer.
Cookies are data stored on your browser, allowing temporary storage of your visit.
Other statistical information about your visit is stored temporarily in "volatile cookies", deleted at the end of the visit.